Unfortunately, REO properties are a prime target for fraudulent Mechanic’s Liens, since it is not uncommon they might need some repairs or work done and since there are so many different people involved in rehabilitating foreclosed properties for eventual resale. 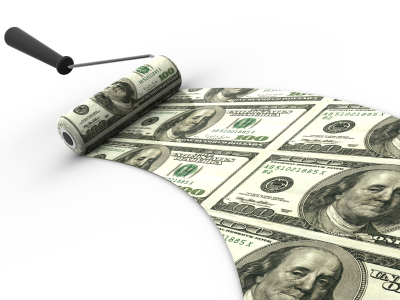 Fool me Once…
One of our sister companies had a sale transaction wherein Federal National Mortgage Association (FNMA) was the seller as the property was an REO bank owned property. The title report reflected a Mechanic’s Lien payable to Anna Moskovyan for painting. Moskovyan was contacted for a payoff statement and lien release. The payoff amount was shown on the settlement statement, however, FNMA stated they were not aware of any work being performed on the property by Moskovyan. Since this transaction was so close to closing, FNMA approved the payment and did not dispute the invoice or lien. Moskovyan came to our offices and picked up her check in exchange for a release of her lien.

Something’s Fishy…
Shortly afterwards an officer, Paula, from another sister company noticed Mechanic’s Liens appearing on all the title reports wherein FNMA was the seller. Paula did some further investigation and discovered, upon closer examination, it appeared the lien was exactly the same – simply recorded over and over again against different REO properties owned by FNMA. This is when the following warning was sent to her co-workers:

Mechanic’s Liens were recorded on FNMA properties in our area. The exact same lien, for the exact same amount, for the exact same service, was found recorded against several properties. We’ve checked with FNMA and the Listing Agent and this woman who signed this Mechanic’s Lien had not been contracted with to provide any services; the properties in question were not painted and were never scheduled to be painted. If you receive a title report or a supplemental report with a Mechanic’s Lien, let us know immediately so that we can get this addressed before you try to record. The agent in this particular case has had six of his FNMA listed properties compromised in this manner, and he has no idea who this person is.

We are not sure how wide-spread this is and whether it has gone to surrounding counties, however, it will likely disrupt recordings in our area for a while, and we need to keep our eyes open for them.

Once our offices confirmed FNMA had not contracted with Moskovyan to perform work on its properties, the operations obtained an indemnity on each transaction in which a fraudulent Mechanic’s Lien was filed with the county recorder and proceeding to close without paying the lien holder. The listing agent reported the fraudulent liens to the police department, and a case number was assigned.

Be Aware
If this lien or similar liens appear on your title report, do not take the lien at face value. Do some investigating and contact the seller and listing agent to make sure any lien affecting a property is, in fact, a true lien and not fraudulent. This could end up saving the customer and Our Company from a potential lawsuit.

The sad part of this tale is how it illustrates anyone can take a document to the County Recorder’s office, pay the appropriate recording fee and have it recorded against any property. The county does not check for validity of a lien, just that the document is in the proper format. The integrity of our public records system is broken down with every fraudulent document recorded. This only emphasizes the importance of title insurance and what a vital role Our Company plays in the American dream of home ownership.