Refi drama and the importance of document execution guidelines 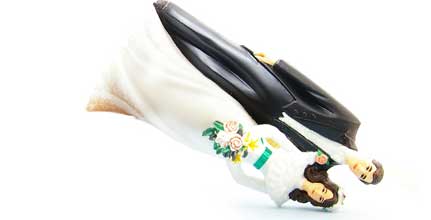 This story illustrates how a simple refinance turned into a whole lot of drama — other people’s drama — and our Company was continually asked to take on unnecessary risks. Read on to find out why it is crucial settlement agents do not abandon policy and procedures.

It all started as a refinance

Per the deed of trust the beneficiary was two individuals, Jim Smith and John Smith, with an original loan amount of $2,000,000. The loan officer told the settlement agent she would receive a zero demand for payment from the second lien holder and fully executed release.

The settlement agent requested the contact information for the Smiths and sent them a request for a payoff demand, the original note and a Substitution of Trustee and Full Reconveyance (Recon). Shortly after the request, she received a payoff demand and the original Promissory Note.

Who should the funds go to?

Unlike the deed of trust, the promissory note indicated Jim Smith or John Smith or XYZ Books were the payees. The payoff demand instructed the settlement agent to pay all funds to XYZ Books and was signed only by Jim Smith.

A few days later, the Company received a Notice of Motion and Court Order stating our Company must hold all funds due John “Jim” Smith and/or ABC Novels, Inc. DBA XYZ Books pending further order of the court. It was then the settlement agent realized Jim and John were one in the same. The Order was issued because Mr. Smith was in the process of getting divorced.

A change was requested

The Company was still in need of an executed Recon. Originally, the settlement agent completed the document listing only the beneficiaries named on the Deed of Trust; Jim Smith and John Smith. Mr. Smith did not want to sign anything which could be construed as his admittance the funds were due him individually. His attorney called asking if the Company would be willing to modify the Recon. They requested the following change:

The undersigned, Jim Smith or John Smith, present Beneficiary as owner and holder of the Note secured by Deed of Trust dated June 15, 2009 made by Roberta Jones.

Rather than modify the language (and in light of the new information she had received) it was agreed the settlement agent would add XYZ Books, since she had a demand instructing her to pay the full amount to XYZ Books and was informed the note had been assigned to XYZ Books. The settlement agent agreed to add the other beneficiary, pending the corporate documents to ensure she was accepting the Recon from the authorized person. The Recon was changed to:

The undersigned, Jim Smith AKA John Smith or XYZ Books, present Beneficiary as owner and holder of the Note secured by Deed of Trust dated June 15, 2009 made by Roberta Jones.

Mr. Smith’s attorney agreed this modification would work. The settlement agent sent the revised Recon along with an AKA statement to be signed by Mr. Smith and requested the corporate documents and a Corporate Resolution from XYZ Books as she was told it was a corporation.

The attorneys representing Mr. and Mrs. Smith in their divorce went back into court to ask the judge to issue an Order allowing the Clerk of the Court to sign the Recon, since Mr. Smith did not want to sign it and imply in any way the funds were his personally. The settlement agent received a fax of an Order allowing the Clerk to sign the Recon and copy of the executed Recon.

A few days later an executed Recon, along with an amended demand for payment, was delivered via messenger to the settlement agent. The revised demand was conditional. It stated the Recon could only be recorded if the funds were paid in accordance with the original demand stating all funds were to be paid to XYZ Books. Clearly the settlement agent would not be able to comply because the previously issued Court Order required the Company to hold all funds.

Mr. Smith had been notified of these requirements and that the Recon was not executed in a manner which complied with the Company’s Document Execution Guidelines. Escrow notified Mr. Smith’s attorney the document would have to be re–executed to meet the Company’s underwriting requirements — and they were still in need of the AKA statement and corporate resolution.

Then the IRS showed up

What happened next? Only one week later the IRS issued a Notice of Levy to the Company and one to the borrower, Ms. Jones. The levy covered any funds due Mr. Smith and had a copy of the Promissory Note attached indicating the IRS was aware Mr. Smith may have been due a payment of $2,000,000. The full amount of the Levy exceeded this amount.

Then, Ms. Jones’ attorney contacted the settlement agent to find out what could be done to enable the transaction to close. The attorney was informed the deal could not close until they received the outstanding Recon, the AKA statement and corporate resolution from Mr. Smith. Upon receipt of those items the funds would have to remain in escrow until it was determined who the funds belonged to and how they would be disbursed. The attorney contacted Mr. Smith’s attorney and the IRS.

Our Company has the right to implement policy, procedure and sound underwriting requirements even though statutory requirements are stronger. We owe this to our shareholders. We are never afraid to stand by Company policies. Abandoning these only opens the Company to additional liability.

Ms. Jones’ attorney called the settlement agent almost daily with a new scenario inquiring as to whether the Company would be willing to insure based on the different scenarios. He asked the Company if they would close and insure without receiving any of the documents due from Mr. Smith and send the funds to the court to decide. He then asked the Company to close and file an action to interplead the funds without receiving the pending documents. He even asked if the Company would close and insure if the IRS issued a Notice of Seizure, taking possession of the Note and requiring all funds be paid to the IRS.

And in the end…

The answer was always the same. The Company could close and hold the funds, send the funds to the court, file an action to interplead the funds — but not until it received the required documents from Mr. Smith.

In the end the Company received word the new lender decided to withdraw their loan and not proceed with the refinance. It was at this point the settlement agent resigned from the transaction and returned the original documents to Mr. Smith.