The Financial Crimes Enforcement Network (FinCEN) recently published their findings of a study they conducted assessing Suspicious Activity Reports (SARS) and Suspicious Form 8300 Filings Related to Real Estate Title and Escrow Businesses 2003–2011. The study confirmed the importance of Title and Escrow Companies filing of IRS Form 8300 – Report of Cash Payments Over $10,000 Received in a Trade or Business. Read on for the details of a transaction in which cash was received and reported. 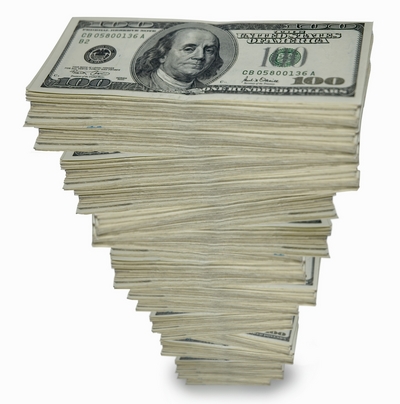 An escrow officer for one of our sister branches contacted our National Escrow Administrators for assistance. She had just opened a new sale transaction. It was the purchase of a REO property with a sales price of $1.3 million. According to the Purchase and Sale Agreement the buyer agreed to deposit $50,000 in earnest money with the escrow company and the sale was scheduled to close in less than a week. So far so good, right?

Along with a copy of the Purchase and Sale Agreement, the real estate agent delivered an envelope to the escrow officer. Inside the envelope was the earnest money deposit of 100 money orders, in increments of $500. After she picked her jaw up from her desk, she informed the agent she would have to file some additional forms and needed some information from the buyer. She explained she would look into exactly what information she needed and get back with him. This is when she contacted her Escrow Administrators.

She was correct to do so. The receipt of the money orders triggered an obligation to file IRS Form 8300. Pursuant to the IRS Regulations, businesses who receive “cash” payments in excess of $10,000 need to report the funds received.

“Cash” as defined by the IRS is:

Settlement agents must file Form 8300 upon receipt of multiple “cash” items received in one transaction. The multiple payments may have been made at one time or over the course of the transaction. A settlement agent must report upon receipt of the final “cash” item which puts the total of all “cash” received more than $10,000. Obviously this was the case in this deal.

Potential delays to be aware of

The National Escrow Administration sent the escrow officer a copy of Tech Memo 153–2012 Reporting Cash Payments over $10,000 using IRS Form 8300 and called her, as there was more than one issue to discuss. First, the escrow officer needed to obtain a signed W–9 – Request for Taxpayer Identification Number and Certification, as well as a copy of the buyer’s driver’s license. Next, she was reminded the form had to be filed within 15 days. Lastly, they discussed the timeframes for clearance of the funds.

The money orders were issued by Western Union® and MoneyGram®. Money orders may clear as soon as seven to ten business days but they could take longer depending on which Federal Reserves they were drawn on. Additionally, money orders are often counterfeited. If a money order is counterfeit, it could take weeks before it is discovered and the Company is notified. When this occurs, the funds previously credited to the trust account are immediately debited from the account. This poses a risk to the Company if the file closes and is disbursed without allowing sufficient time to pass to ensure they are not fraudulent.

Communication and cooperation are key

The buyer was cooperative, so she asked why the earnest money came to her in this manner. Turned out he is a real estate investor. He regularly attends auctions. At an auction the successful bidder has to pay right then and there with either cash or certified funds which is why he had money orders in that denomination. Since, at an auction he does not know what the sales price will be he regularly purchases money orders in small amounts so he can pay for his purchases. This explained why he seemed unfazed by the request for his Social Security Number and driver’s license – he was familiar with this process.

Real estate transactions are often a target for illegal activity including a means to launder funds. Money laundering involves disguising financial assets so they can be used without detection of the illegal activity that produced them. This is true, unless the funds are reported. Settlement agents have a duty to monitor and report “cash” payments to the IRS. Failure to do so can result in hefty fines.

Although the escrow officer did not believe this buyer was up to anything illegal, she still identified she had a responsibility to report the “cash” received, eliminating the Company’s risk of being fined. In order to ensure she did this properly she did not hesitate to contact National Escrow Administration for assistance. 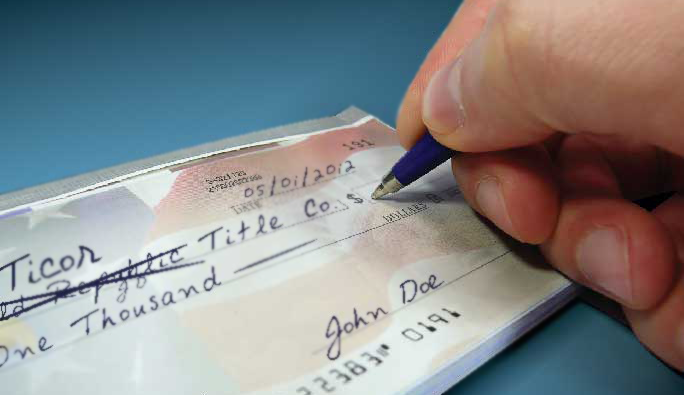 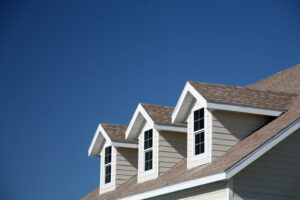 The recent changes to paragraph b “Earnest Money” in the NWMLS Purchase and Sale agreement (Form 21) finally gives escrow the authorization they need to assist in the release of the earnest money upon termination of the agreement. We are very pleased with this change; it will not only eliminate delay but will result in happier buyers, sellers, brokers and happier closing agents.

The Old Paragraph B – Why the confusion?
Remember that Escrow is a neutral third party that can only follow written instructions agreed upon between the buyer and seller. In the former version of the NWMLS Form 21 paragraph b. the instructions for what a closing agent could do with Earnest Money was EXTREMELY limited.

Under the old agreement the parties had to agree in writing as to disbursement of the earnest money, in the absence of such an agreement (Rescission) the closing agent was instructed to commence an interpleader action within 30 days of the demand. These limited choices left everyone including the closing agent feeling very frustrated.

What do you think?  Will these revisions save you time and effort in the future?  Please share your thoughts by commenting below!

For your reference, we have included paragraph b. here: 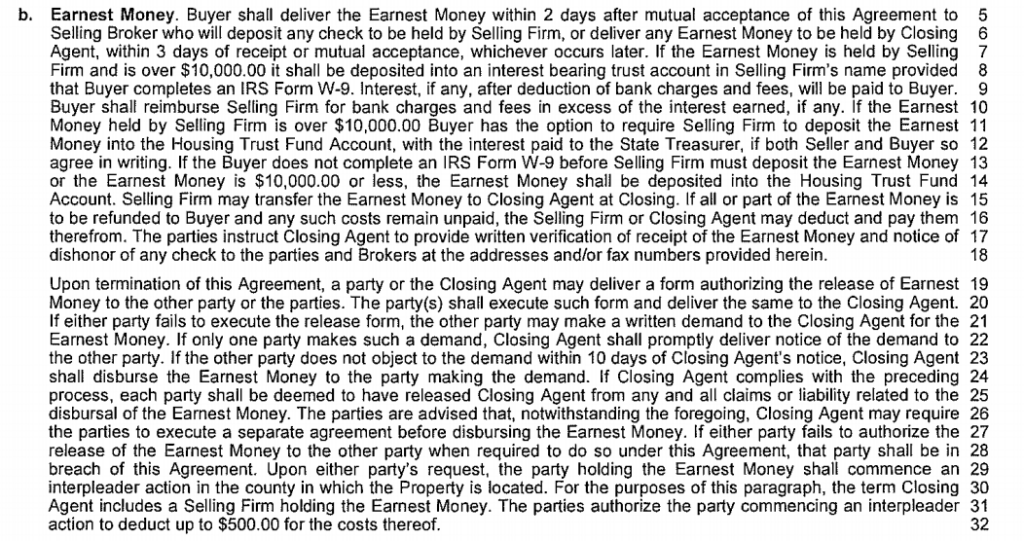