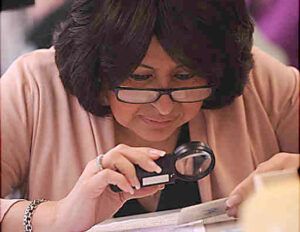 Traci F., an escrow officer out of our sister office in Vancouver, Wash. was handling a short sale transaction. According to the listing agent, the property owner was unavailable to sign his closing documents because he was in the Ukraine.

The agent also said the owner was not going to be able to come back to the U.S. to sign his documents, so Traci began making preparations to have the documents executed internationally. Days later the agent called to tell Traci the seller was suddenly able to catch a flight back to the U.S. and was on his way to her office to sign a Power of Attorney (POA), giving his brother the power to sign on his behalf. The agent was extremely excited and insisted the owner would be at her office in the next 15 minutes.

A seller located in the Ukraine suddenly appears in our Vancouver, Wash. office to sign a Power of Attorney, granting his brother the authority to sign on his behalf. A few days later, the supposed brother appears for the signing as attorney-in-fact. Guess what – it’s the same guy, and no, these guys are not twins!

Traci thought it odd the seller was able to find a flight to the U.S. so quickly, however. She drew the POA document as instructed and it was executed, thus granting the ability for the owner’s brother to sign. A few days later the brother came in to sign on behalf of the owner. Something didn’t seem right, as Traci was fairly sure this was the same gentleman who had come in to sign the POA – representing himself as the seller – a few days before. The two were said to be brothers, so Traci thought similarities seemed possible and the “brother’s” ID photo matched his appearance. After the signing, Traci asked the opinion of the office receptionist, who also thought it was the same individual who had come in to sign a few days previously.

Traci had a gut feeling something was wrong with the situation and conducted more research. The printing and signature from the POA and seller’s newly signed closing documents appeared to be very similar. Traci examined the copy of the ID she had taken from the individual who signed the POA (representing himself as the seller) and the signature did not appear to match the one she had received on the POA. Traci brought the signed documents and ID copies first to her branch manager and then the county manager. The signatures on the seller’s ID did not appear to match up with the seller’s signature on the POA. But Traci was still certain that the seller and the brother were the same individual, posing as separate individuals.

As a result of her suspicions, Traci and her manager contacted the listing agent to let him know we would not be able to accept the POA. Traci expected the agent would be at least slightly irritated, however no questions were asked and no arguments were made. Traci made arrangements to contact the seller directly to execute the documents in the Ukraine.

Traci did the right thing by not confronting the parties with her suspicions. Instead, she contacted her manager and together they denied the use of the POA, thus protecting the Company from insuring a deed with a possible forgery. If we had accepted and insured a forged deed, the owner could have come back to the buyer laying claim to the property. We are expected to protect the buyer’s ownership interest under the owner’s policy of title insurance issued through this transaction, since protection against forgery is the cornerstone of any of our policies.