Why We Don’t Handle Holding Escrows… 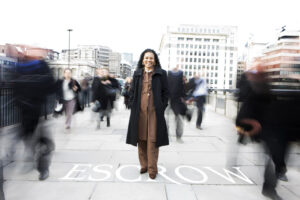 A holding escrow does not involve the transfer or encumbrance of real estate. A holding escrow is a two party agreement to hold funds pending the outcome of conditions. We are licensed title insurance providers. We operate with the understanding of our regulators and our insurance carriers that escrow transactions are handled in connection with the issuance of a final policy of title insurance. There are certain departments within the Company that ARE licensed and authorized to handle holding escrows, such as construction disbursements. This story is not about one of those departments.

A holding escrow is a two party agreement to hold funds pending the outcome of conditions.

Typically a holding escrow will involve one individual or entity raising capital from multiple investors for an eventual purchase, not necessarily real estate related. Sometimes an entity raising the capital wants an escrow/title company with a reputable name (in order to lend legitimacy to their scheme and to give the investors a level of comfort) to hold the investor’s funds until all the capital is raised. Some escrow officers have learned this the hard way. Here are three examples:

We have a file with $171,128.96 in it from the year 2000. The escrow officer opened the file as a holding escrow only. The agreement was between the City and the Department of Fish and Game. The purpose was for the City to find a place to relocate the burrowing owls on a parcel of land they wanted to develop.

The expiration date of the holding agreement was 2002, however, the land is still not developed and the owls have not been relocated. The City and Department of Fish and Game have not been in contact with our offices in the last ten years. How do we resolve this monetary issue?

Investors loan a junior lienholder money to purchase a first deed of trust now in default in order to save their lienholder’s interest from being foreclosed out. The investors deposit their funds into escrow. Once enough funds are accumulated to buy the loan, the existing note holder endorses their note and assigns their deed of trust to the second lienholder.

The investors are out hundreds of thousands of dollars and want the title company – not our Company – (who failed to record assignments of the deed of trust into their names) to reimburse their money.

A movie producer approaches an escrow company to handle a holding escrow to fund the production of a movie. According to the holding agreement deposited into escrow, the funds will be wire transferred from investors until the minimum budget for the film is met.

The film production commences. Several large deposits are received and the escrow holder starts to receive bills for movie production, before all the capital is raised to meet the minimum budget. The producer instructs the escrow officer to pay the production costs to three different entities. She promptly complies.

Subsequently, the funds are stolen by the “movie producer” who established fake entities to receive the wire transfers for escrow. The investors are wondering why the funds were released without all the capital first being raised in accordance with the written agreement. They are looking for the escrow holder for full reimbursement of their investment.

These are just a few of many examples of why we do not handle holding escrows that do not involve the issuance of a title insurance product.