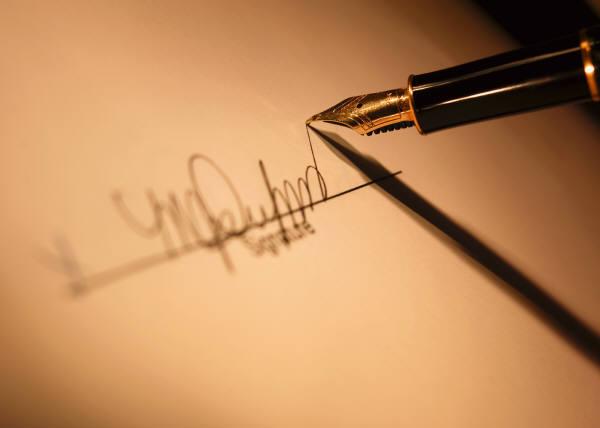 James S., an escrow officer from one of our sister branches, requested a mobile notary from Bancserv to perform a signing at a borrower’s residence. The transaction was a $610,000 refinance that involved the signing of many loan documents. The notary assigned to the case was Kimberly G.

Kimberly performed the signing and promptly returned the documents to James. James reviewed the documents while packaging them to return to the lender. During his review he found an unsigned Occupancy Affidavit and sent it to Kimberly with instructions to return to the borrower’s residence to have it signed. Kimberly apologized for her oversight and agreed to have the affidavit signed.

Anything to Meet the Deadline…

Kimberly later faxed a copy of the signed and notarized affidavit to James in an attempt to help meet the rate lock deadline. Apparently, she didn’t have time to get it signed the previous night when James originally made the request and had to fax it to him the following day to expedite funding.

“Unbeknownst to Kimberly, she had just forged the signature of a superior court judge as well as his wife’s!”

The Real Signatures Were Obtained

James ordered another notary from Bancserv and had the affidavit signed by the real borrowers. Then he went one step further and contacted his escrow administrator who reported the incident to Bancserv. The management team at Bancserv immediately removed Kimberly from its list of registered notaries and reported the incident to the Secretary of State, the regulator of notaries.

When the swift acting management team at Bancserv questioned Kimberly about her actions she claimed it was always her intent to get the true signatures before sending the original document and that she even went as far as to call the borrower for an appointment the evening after the forged document was faxed. Of course at that point another notary had already been assigned.

Then the administrator notified the Company’s field compliance team who promptly removed Kimberly from the Company’s approved notary list.

For James’ attention to detail and for not turning a blind eye to the forgery, the Company has rewarded him. His detection of the forgery was nothing short of heroic, and the fact that he had the fortitude to do something about it to save the Company from a future claim is impressive. We all know it would have been easier and faster to accept the affidavit and forward it on to the lender, but he didn’t. The Company admires James for his integrity.

TicorDashboard Replaced by SmartView on Feb 11

We are delighted to announce that our current transaction dashboard will be replaced with a more functional and accessible system called SmartView.

SmartView will enable you to keep your finger on the pulse of every transaction.

Smartview will enable you to keep your finger on the pulse of every transaction!

The benefits to you and your clients include:

SmartView will be live on Febrary 11.

How to take advantage of SmartView

There’s nothing you need to do at this point.  Send us your next order and you will automatically receive SmartView transaction summaries once per week via email.

If you have questions, please contact your Ticor escrow officer.