Will the Real Seller Please Stand Up?

The real estate agent opened escrow with KimberLee C., an experienced escrow officer at our sister branch in Salem, Ore. About a week and a half before closing, the agent came in to the office and explained the seller was not really the true seller, but instead his boss was the actual owner. 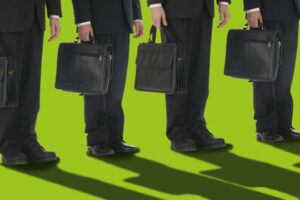 The boss had transferred properties to various people as he was going through a nasty divorce. KimberLee became suspicious right then and started asking questions in order to sell — did the seller have a valid, unexpired ID? Where will the funds go at closing?

Over the next week or so, the agent in an attempt to ensure the closing would happen, sent KimberLee an expired driver’s license, one that had been taken away from the seller by the Department of Motor Vehicles.

The agent gave KimberLee various scenarios such as, “Would we take a Washington driver’s license,” and what other type of identification would be acceptable. KimberLee thought the agent was being very naïve (not devious) and just trying to help his client.

Being on high alert by all this, the seller, his boss and the agent came in for the scheduled signing appointment. When KimberLee went to show them to a closing room, she was pretty sure there would be an issue — just by the signer’s body language.

KimberLee requested the signer’s driver’s license and headed to the copy machine and the Fraud Fighter™ black light purchased from UVeritech. She felt the card was an obvious fake.

Someone had taken the picture from the Mexican Matricula Consular identification card, and cut and pasted it to the new driver’s license. The feel of it was off and putting it under the black light confirmed KimberLee’s suspicions. “Oregon” is supposed to be diagonally repeated on front of license and is also visible under UV light. There was nothing visible under the black light.

KimberLee did not stop there! She called the Department of Motor Vehicles and they confirmed the identification number did not match up with the name. She asked them if we should keep the license and they said for her to call the police.

She contacted her manager, Ted U., and he advised her not to call the police but instead give the license back to the seller and send them on their way as quickly as possible, to remove the potentially violent customer from our office and our employees from harm’s way.

KimberLee did have some alternatives. She could have used a credible witness acknowledgement for the seller. However, the definition of credible witness in her notary handbook reads as follows, “A believable witness worthy of confidence who personally knows the signer of a document.”

KimberLee felt that no one involved in the sale of the property was being completely honest and elected to resign as escrow holder rather than jeopardize the company by insuring a deed that might have been forged.

Luckily for KimberLee this is the first time anything of this nature has happened in her 36 year career. For her diligent effort to prevent a possible forgery, KimberLee has been rewarded and recieved a letter of recognition.