An Assignment of Proceeds Fraught with Fraud

Our Company decided years ago to take a stand and stop accepting assignments of proceeds to third parties. Our decision was spurred by too many bad experiences. This story provides yet another reason why we do not accept assignment of proceeds instructions. 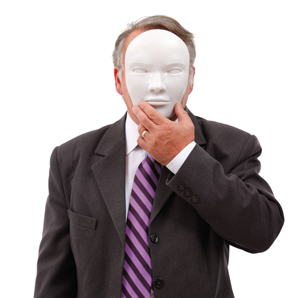 The transaction was a loan for a borrower who owned their property free and clear. The property was located in the state of Washington, but the borrower lived in California. The transaction was being handled by an escrow officer in Washington, who arranged for an approved notary to meet with the borrowers in California to execute the loan documents.

Surprise! No Loan Payments Are Made

The first payment date came and the borrower failed to pay. The lender sent a notice of late payment, but instead of sending it to the borrower’s mailing address in California, they sent the notice to the property address in Washington. The owner contacted the lender stating he did not have a mortgage with them or anyone, as his property was free and clear, and that he did not sign any loan papers with them. When the lender asked if he lived in California he said no, that he lives at the property address and had for years.

A Forgery is Revealed

The lender looked into the file and discovered the borrower was an imposter. The lender has now filed a claim under the title policy for forgery. Upon notification of the claim, we attempted to recall the outgoing wires and freeze the recipient’s two separate bank accounts – both located at Chase Bank. Chase Bank responded both accounts were drawn to a zero balance and closed upon receipt of the wire transfers.

If the escrow officer had stuck to Company Policy and Procedure would she have closed this fraudulent deal? We’ll never know. None of the loan proceeds were made payable to the actual borrower. If she had insisted on paying the proceeds to the borrower what would he have done? Would we still have the money? To add insult to injury, the signing was set up with an approved notary and not BancServ. The approved notary only carries $100,000 in errors and omissions insurance which is the minimum amount required by Our Company to be included on the approved notary list. If it is proven the notary did not properly identify the signer, the maximum amount which can be recouped from them is $100,000. BancServ carries $15 million in errors and omissions insurance. Had a BancServ notary been used, instead of an approved notary, we would stand a better chance of being reimbursed our losses.

Company policy prohibits settlement agents from accepting assignments of proceeds to unrelated third parties. Company policy also prohibits splitting up proceeds. Instead, settlement agents should make one disbursement. To add insult to injury, neither of these disbursements appeared on the closing statement and the lender knew nothing about them. In this story, had the escrow officer followed policy she might have been able to avoid a very expensive claim for fraud and forgery.