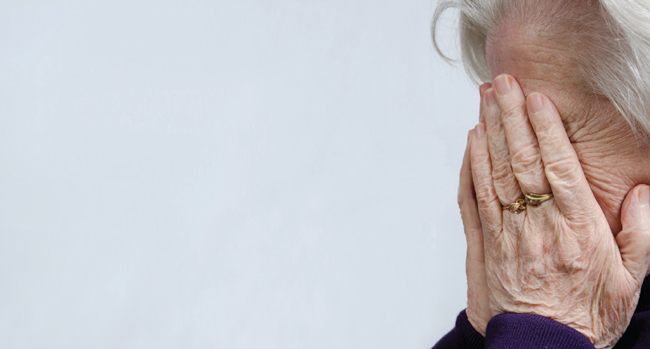 An unknown investor walked into our escrow branch to open an escrow for the purchase of residential property. The investor presented a handwritten contract that contained highly unusual terms. Sheri Davidson, the escrow officer, opened the escrow, but was suspicious based on the terms of the contract, which were as follows:

This transaction was not a short sale; the seller owned the property free and clear. Sheri called the seller who was the trustee of a survivor’s trust. She quickly discovered the seller was a widow who lived out of the area and would not be able to come to Sheri’s office to sign the closing documents. Even though Sheri verified the sale price was in line with the current market value of the property based on assessor’s tax roll information and comparable sales, she did not feel comfortable sending out a mobile signing agent. She wanted to be sure the seller knew exactly what kind of deal she was getting.

A Local Escrow Officer is Chosen for the Mobile Signing

Sheri located an office near the seller and contacted Elizabeth Stoops, an escrow officer. Sheri asked Elizabeth if she would be willing to perform the signing and Elizabeth agreed. Elizabeth received the closing documents and reviewed them. She felt equally uncomfortable with the terms.

Elizabeth made the appointment and when the seller arrived, Elizabeth asked for her identification and realized the seller was 74 years old. Elizabeth began to review the closing documents with her and quickly discovered the seller did not know her carryback lien for 100 percent of the sale price was in second position. The seller was aware she would be receiving monthly payments, but was not necessarily aware the payments were principal-only payments. The seller mentioned she was so stressed that she had suffered a stroke over the subject property. One of the most menacing predicaments that brought on the stroke, was that her stepson lived in the property and paid just $200 a month for rent.

Even though the seller was desperate to change her circumstances and rid herself of a property that had become an albatross, this transaction, according to her attorney, was not her best option.

The buyer had no down payment and no equity, so the chances of him walking away from the property were high! Had this transaction closed and the buyer defaulted on the first loan, the lender would have started foreclosure leaving the elderly seller with one of two options: One, lose her $256,580 nest egg to the first lienholder in a foreclosure action, or two, pay to bring the first loan current. Then she would have had to start foreclosure on her second deed of trust in order to regain ownership to her property.

The Investor Tries to Escalate the Process

Sheri contacted the investor to tell him the deal would not close until the seller’s attorney reviewed the closing documents. The investor decided to escalate his disapproval of her stance not to close. He called the National Escrow Administrator, Lisa Tyler, and demanded Sheri continue the transaction. He claimed the attorney was not on retainer and should not dictate whether or not the transaction closes.

Lisa told the investor the seller was not aware of a number of transaction terms, including:

The investor denied the allegations and swore she was aware of all the terms but was just, “…confused.” Lisa said, “Therein lies the problem. If she is confused would you want her signing the closing documents? As the notary and as the title insurer, I would not want her signing any documents she did not completely and thoroughly understand.” The investor hung up the phone stating, “It was no use talking to you!”

The Transaction is Halted

After one look at the contract and other closing documents, the attorney called Sheri and put a halt to the transaction. He also issued a letter to the investor demanding he no longer contact his client and insisted that if the investor wanted a refund of his $500 deposit he contact him directly. Elizabeth destroyed the signed documents and Sheri cancelled her file.