The trouble with a non arm’s-length short sale…

An investor opened several short sale transactions, acting as the buyer in each. One–by–one the short sale transactions began to cancel for one reason or another, leaving the escrow branch disgusted with the amount of work they put into each one without remuneration. The next deal in line came extremely close to closing – until the real buyer was discovered. 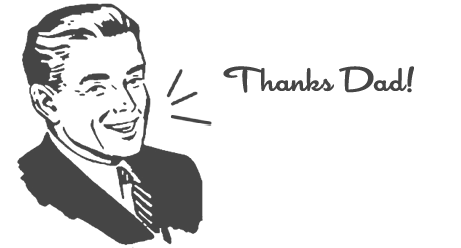 An all cash short sale

After preparing numerous estimated settlement statements and providing a preliminary report, one of our sister branches’ New Communities office in Riverside, Calif. finally received a short pay letter from Bank of America. Bank of America was the short pay lender on the first and second loans. They included the shortage amounts they would be willing to accept on a single short pay letter. The bank was due almost $490,000 but they were willing to accept $260,000. The transaction was an all–cash short sale in the amount of $280,000. The closing documents were drawn and executed by the buyer and seller. All that remained for the transaction to be complete was the buyer’s down payment and closing costs.

Will the real buyer please stand up…

The buyer was an entity by the name of Willowbrook Financial, Inc. and the buyer assured a wire would be forthcoming. The seller was a Ronald and Michelle Aksland. Maggie Vega, an assistant escrow officer, was leery due to all the previous transactions that had fallen apart just prior to closing with Willowbrook but, ‘lo–and–behold, the wire transfer arrived at the bank! Maggie received notification from the accounting center of funds wired in the amount of $280,000. Maggie reviewed the incoming wire and noticed the funds came from an account in the name of Gary Aksland. She called the investor/buyer to find out who Gary Aksland was and why he was depositing the funds to close. The investor told her Gary was the current owner’s father.

Elvia contacted National Escrow Administration, who also insisted the transaction could not be considered arm’s length if the owner’s father was putting up the funds to purchase. The national escrow administrator insisted on either (1) Bank of America approving the owner’s father as the new buyer; or (2) we resign as escrow holder and not close.

Elvia elected to resign. As a result, the calls started pouring into the office. The listing broker was the first to call. When he insisted his real estate firm would never be a party to any fraudulent transaction and demanded to know why we were resigning, he was informed the wire transfer came from the owner’s father. He was silent for a moment, then he apologized and hung up.

“…he was informed the wire transfer came from the owner’s father.”

The investor/buyer also called and when we explained our reason for resignation, he only asked that the wire transfer be returned to the father, which we promptly did.

Maggie’s attention to detail and recognizing the wire was received from a third party saved the Company from closing on a transaction that was clearly not arm’s length.

Since the buyer in this transaction did not put up the money to close, the transaction is not arm’s length. Had we closed, the short pay lender could have realized this and rescinded their short pay letter – then kept their lien in full force and effect to foreclose. By not closing on this transaction, Maggie saved the Company from a potential claim of $280,000 from the insured owner and/or the hassle of having to unwind this transaction.