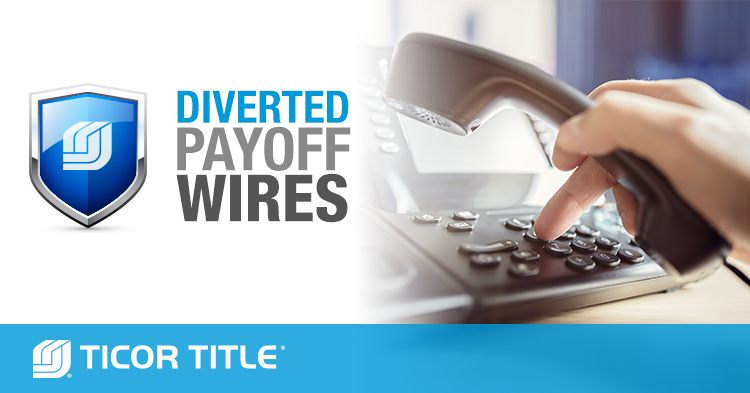 On February 12, 2018, Larissa C., an escrow assistant for Ticor Title of Nevada in Las Vegas, opened an escrow transaction for the sale of a residential property for $240,000. Once the title report was received, Larissa ordered a payoff statement from the existing lienholder. The payoff was sent via e–fax and she placed it in the file awaiting closing.

On March 7, 2018, Larissa worked up the file and sent the estimated closing statement to the Listing Agent.

The Listing Agent then provided Larissa with an “updated” payoff statement by email with a number of demands for Larissa to confirm: that she received the new payoff statement and she would use that one in making the payoff.

It is not normal that an agent would order an updated payoff statement to be delivered to the settlement agent. Larissa was suspicious about the email exchange, so she forwarded the email chain to her escrow officer, Stacey G., to review.

Stacey and Larissa knew something was wrong. They compared the two payoff statements closely. These were the wire instructions contained in the body of each payoff statement:

Together they called the payoff lender and confirmed their suspicion: the second payoff was from a fraudster! They detected the scam. They immediately contacted the Listing Agent by telephone, using a known, trusted telephone number. They reported someone was posing as him in the transaction and sending emails from an account that looked like his.

Ultimately, they wired the funds to the correct account of the payoff lender and saved the Company from a possible loss of $153,300.37! As a result of their actions, the Company has rewarded Stacey and Larissa for their expertise in discovering the fraud and preventing it from occurring.