Zero Demand Statements & Why We Utilize Them

Recently, one of our sister offices opened a For Sale by Owner transaction with a sale price of $495,000. The escrow assistant, Debbie N., ordered a title report. The title report reflected two deeds of trust on title, each with a reconveyance recorded with a side note that read, “Said deed of trust appears to be reconveyed by the above recorded instrument. An inquiry must be made with the lender confirming payment prior to close.” 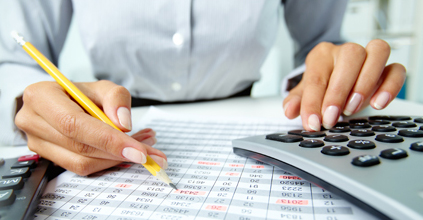 Debbie requested loan numbers from the seller, an unmarried woman. The seller responded that the loans were paid in full and she had a new loan that just recorded. Debbie requested payoff information for the new loan as well as the prior two loans. The seller reluctantly provided the loan numbers and contact information for all three lenders. Debbie then ordered an updated title report to reflect the new deed of trust, which had recently recorded.

A private lender was used

The new loan was through a private lender, Ronald V. Cupp. Debbie ordered the payoff information and at the same time contacted the former lien holders to verify they had, in fact, received payment in full. Neither lender would confirm payment in full to Debbie without a signed third–party authorization from the seller.

Debbie tried another tactic; she ordered payoff statements from both lenders in writing. Neither lender responded immediately to her request. Debbie printed copies of the recorded reconveyances and found they were signed by none other than the new private lender Ronald V. Cupp!

Cupp signed as attorney–in–fact on both reconveyances. The documents were notarized. Debbie looked up the notary information only to discover the notary worked at a Mail Boxes, Etc., not at the financial institution purportedly releasing the lien.

“Debbie looked up the notary information only to discover the notary worked at a Mail Boxes, Etc.”

Debbie tried calling the first lienholder one more time. Lo and behold the first lien holder confirmed their loan had been fully paid and stated it would take 21 days to research the validity of the reconveyance. In the meantime the second lienholder finally responded to Debbie’s payoff request and faxed a demand for more than $95,000.

Buyers and seller had been waiting for loan documents to arrive for closing. There had been a long delay due to appraisal issues and both were very anxious to sign, especially the seller. Debbie allowed the signing to proceed with payoff to the second lien holder in the amount of $95,000 showing, as well as the payoff to Ronald V. Cupp in the amount of $137,000.

THE MORAL OF THE STORY

When a lien is extinguished with no new money or conveyance, title examiners are trained to add the note requiring verification of an actual payoff. It is imperative the settlement agent exhausts all avenues to obtain proof of payment in full through a zero demand or other lender–provided statement.

The industry can no longer rely solely on the recorded release document, since so many of them have been forged and recorded. The proof of payment in full must be provided to the title officer prior to closing the new transaction. If proof cannot be obtained, then the transaction should not close.

Surprise! Another lienholder was found

After much persistence, Debbie learned the first lienholder’s loan number the seller had provided was for a previous loan that was paid in full. However, there was a current loan with an outstanding balance of more than $358,000.

The escrow officer called the seller and asked her about the loans, but the seller quickly got off the phone and said she was going to talk to her attorney. The file was put on hold, since there were not enough sale proceeds to pay all three loans:

The buyer was devastated to learn they were not going to be moving into their dream home. They were holding out for some reasonable explanation from the seller, but the seller refused to talk to them or anyone else involved in the transaction.

Debbie’s diligence in following Company procedures is commendable. Had she not unraveled the mystery of the forged reconveyances, the buyer would have closed and most certainly the 1st and 2nd lienholders would be foreclosing for the prior owner’s unpaid loans.

The Company’s potential liability would have been $453,000 plus legal fees. For her expertise and effort Debbie was rewarded and recognized by our company.