Buyers are taking full advantage of a down market by purchasing homes at low, low prices after foreclosure or through short sales. The problem is most of the homes have either been neglected or damaged and no longer qualify for government financing, such as an FHA Loan. As a result, some real estate agents are requiring the buyer to pay for repairs up-front.

In one recent transaction the buyer paid $8,500 up-front to have termite damage and other items repaired in anticipation of qualifying for FHA financing.

In some markets the listing agents are advising potential buyers to pay for up-front repairs to abandoned REO and short sale properties during the offer and closing process to ensure the property will qualify for government financing. As a result, the buyer pays for repairs to get the home ready for appraisal. In one recent transaction the buyer paid $8,500 up-front to have termite damage and other items repaired in anticipation of qualifying for FHA financing.

The property was an REO property owned by a bank – post foreclosure. During repair to the property a contract was presented and accepted by the bank. An escrow was opened and a title report ordered that uncovered a defective trustee’s sale. The bank ultimately had to re-start the noticing period and the entire foreclosure process!

The REO bank had to pull out of the contract, since it could not deliver free and clear marketable title to the buyer. The buyer received a full refund of her earnest money deposit, but not the $8,500 spent repairing the home.

The buyer asked the title company what she could do to collect her up-front cost of repairing a home she ultimately could not purchase. Our response was to consult an attorney, since she might have the ability to file a mechanics’ lien in order to recoup her costs.

How One Single Initial Unraveled a Real Estate Transaction… 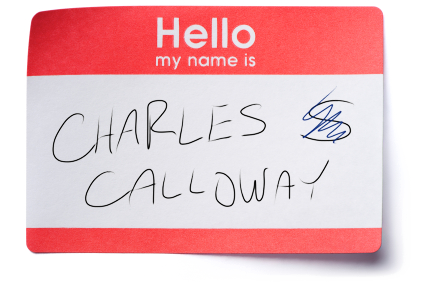 A small piece of Lucerne Valley was being sold for $41,000 in an all-cash transaction. The buyer and seller lived out of the area, necessitating the closing documents be mailed out for signature. The vacant land sale went sideways when the escrow officer mailed the documents to the seller and demanded they be signed in the presence of an approved notary.

Tiffany V., an escrow officer with our sister branch in Victorville, was handling a simple all-cash sale transaction. All the closing documents were mailed out to the principals for signing. The buyer sent in his completed paperwork and closing funds. All Tiffany was waiting for, was the seller to send in his completed documents and signed grant deed.

An approved notary must be used

When the seller returned the documents to Tiffany, she discovered the seller had not followed her direction to sign them in the presence of a Company-approved notary. She advised him he would have to re-sign with an approved notary. The seller complained our offices were, “…too far and too inconvenient to get to.” and “This is ridiculous; a notary is a notary.” The seller’s real estate agent even gave Tiffany flack about the seller having to re-sign the conveyance deed. Finally the seller agreed to have a Company-approved notary come to him. The owner of record is Charles S. Calloway and the person the notary was meeting with only had identification for Charles E. Calloway. The seller insisted the notary notarize him just as Charles Calloway and that it would be fine with no middle initial.

The man who signed the documents is not the owner

The notary immediately called Tiffany after meeting with the seller. He informed her that he went ahead and notarized the signer as Charles Calloway without the middle initial to avoid getting into the legalities with him. The notary wanted to make sure, however, that Tiffany knew the Charles Calloway he met with was not the Charles S. Calloway on title, but Charles E. Calloway – the grandson of the owner of record.

The property had been in the same family since 1938, passed down from father (deceased owner of record) to son (deceased 20+ years) to grandson. The family members apparently never felt they had to transfer title, since they all had the same name of Charles Calloway.Tiffany promptly notified the real estate agents that the seller did not actually own the property. The seller’s agent quickly apologized about the hard time she gave Tiffany over the approved notary requirement and thanked her for catching the situation before it was too late.

…the Charles Calloway he met with was not the Charles S. Calloway on title, but Charles E. Calloway – the grandson of the owner of record.

The agent has put her client in contact with a probate attorney and it appears the buyer is still very interested in the property and is willing to wait for him to go through probate.

The moral of the story